On May 19, 2012, the Acton Justice Department convicted a man for violating the Building Code when he constructed a residential complex labelled ‘’Phonehenge West”.  The Los Angeles County penalized Alan Kimble Fahey, 60, a former technician in a telephone company to the tune of over $80,000. He was also required to perform two months of community service for not obtaining the required building permits. He was found guilty of 12 counts of Building Code Violations.

Building code violations are more or less the same in all the 50 states with variations being at the municipal level. The Commissioner of Building administers the Chicago Building Code under the Office of the Mayor.

All permits as outlined in the Chicago Building Code can be obtained from City Hall, although permits for minor construction can be obtained at the local county offices.

What is a code violation?

A code violation is a failure of a building’s structure or setup to pass the required standards of construction and occupancy, as laid out in the Chicago Building Code.

The Most Common Types of Building Code Violations

Research by the Common Code Violations Survey reveals that 45% of inspections have resulted in a code violation revelation and failure of the building to pass the inspection. The International Codes Council (ICC) and National Association of Home Builders periodically release reports of the most common types of code violations. We have compiled a list of ten of these violations that match the findings from these two organizations. These are the most common reasons a home builder or remodeler will fail a standard building code inspection. 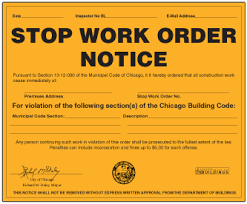 The building department mandates the inspector to stop any work where any of these documents were not available on site.

This is the most common of the reasons, the cheapest too correct and easiest to avoid. Most builders and remodelers do not obtain all documents required before commencing work. In efforts to mitigate the violation, the department of housing now requires that all buildings under construction have the necessary documentation on site.

If any site does not have all the documents required, the inspector would have to issue a Stop Work Order. The documents are an Engineer’s Foundation Letter, structural plans for the building, truss drawings, HVAC Duct Work, gas pipe installation and the energy code documents. The building department mandates the inspector to stop any work where any of these documents were not available on site.

Improperly placed anchor bolts are second on the list. According to the Department of Building, previous inspections revealed improper rebar placing to be the biggest violation when it comes to footings and foundations.

Further inspections revealed that improperly placed bolt locations that do not correctly match the mudsill joints to be the most common violation. In 2015, the IRC reviewed the regulation concerning anchor bolt placement. The new regulation requires that all anchor bolts be installed at the center-third of the width of the foundation plate.

The code requires that the humid air from the bathroom gets expelled out into the open air through a 16 square inch ventilation outlet. A good example of an approved vent is the Soffit vent. All this is to prevent the humid air from the bathroom from causing mold problem or rotten wood problem. Summer in Arlington Heights, Glenview, Bridgeview and the like is always hot and humid, thus the need for such a code. 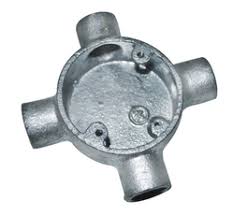 Junction boxes are installed mainly to prevent electric fires, by protecting electric connections in and around a building. Junction boxes come in all shapes and sizes depending on the size and type of the building and depth of wiring. If you do not have the right junction box installed, you might be in violation of the Chicago Building Code. There are a few guidelines you could use to ensure your building passes the junction box inspection. Your junction box 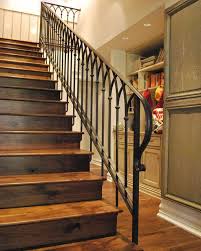 Staircase rise or run problems occur when a builder runs out of enough space to make evenly spaced stair-steps. Most builders ‘’solve’’ this problem by making uneven spaces on the stair-steps.

This would result in a rise that is too steep or steps that are too narrow. These squeezed steps are a danger to anyone using the staircase the uneven steps present an unforeseen but imminent accident. Residential staircases require 7.75-inch risers and six ft. 7inch of headroom. This is also the minimum for commercial stairways.

The building code requires stair handrails be 34 inches above the tread but not more than 38 inches high. The code also requires the connections to the walls be firm and secure. Weakness is brought about by poorly installed handrails that tend to loosen up with time. The code requires safe terminal installations both at the return and at the top, of the guardrails or simply end inside the wall. This is to ensure that the handrail does not catch on garments causing a fall. This regulation is also in line with the fire safety code to protect firefighters’ equipment from being caught up at the end of the rail.

The smoke detector alarm is the first line of defense against fire. The code requires that they are installed in any sleeping area and outside every bedroom entrance. The code also requires that the alarms be four inches clear of walls. Any smoke alarm installed on the wall should be 4-12 inches away from any wall-to-ceiling intersection. There should also be a 3-inch space between any smoke alarm and an HVAC vent, a lighting source and ceiling fan. All smoke alarms require hard wiring, with a DC battery backup in case of power failure. All smoke alarms should go off at the same time, meaning all smoke alarms should be connected to each other in a series connection as opposed to parallel connection.

Outdoor circuits require a Ground Fault Circuit Interrupter; a form of protection against electric short-circuits or fire. This also applies to the kitchen, bathroom and garage area. The GFCI works to cut power to a circuit if there is an unprecedented change in current that would, as a result, cause an electric shock. To steer clear of this violation, you can test for the presence of the GFCI within the circuit. This is done by using a GFCI receptacle tester that detects the presence of GFCI once plugged into a power outlet. The receptacle also detects faulty connections including reverse polarity or open grounds. The gadget is available in convenience stores for not more than $15. 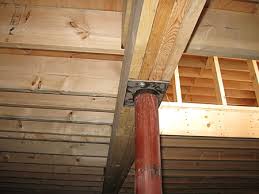 To ensure the deck is properly attached to the building, the code requires correct deck flashing. Deck flashing involves installation of flashing equipment that prevents the deck from detaching from the frame or siding of the building. Ledgers tend to pull loose from the attachment point and flashing prevents this from happening.

Sometimes beams and joists are not strong enough to hold the load attached to them. With time the attachments weaken, creating vulnerable points. This weakens the structural integrity of anything attached to the joists and beams. The load capacity of any hanger in and around the structure should exceed the actual load carried so as to compensate for any additional weight not accounted for during construction.

The Chicago Building Code and the International Code Council (ICC)

There is already discussion surrounding the need for the City to adopt the internationally accepted code, with industry stakeholders calling for uniformity of the codes across the country. The Chicago landscape and skyline is continuously undergoing improvements. Northbrook, Oak Park, Park Ridge, River
Forest, River Grove and Riverside are growing steadily. That said, he existing codes are not as up to date as the IBC. With changes in technology that goes into construction and home improvement, certain progressiveness movements are hot on the council’s heels to adopt the new codes.

The International Building Code is up to date – The ICC is continuously updates its codes to match changes in the industry regarding technology, innovation, and new regulation. That said, the accuracy, reliability, and efficiency of the information contained in IBC’s regulations are more reliable compared to the Municipal Council’s codes.

Uniformity – The International Code Council develops uniform codes and those who adopt the regulations get access to standard codes. This ensures standardization in the industry, and thus efficiency and reliability of the codes.

Access to information. The IBC provides vital statistics and information to administrations that adopt their codes, alongside the actual codes. This information can be useful to industry players both in the public and private sectors.

Chicago is yet to adopt the new codes involving fire and life safety. It is currently the only major US city yet to adopt all the building codes set forth by the ICC. The last time the City Council made attempts to adopt the new codes and standards was back in the 1990’s. The codes that made it through include plumbing, electrical, energy, building mechanics and elevator codes.

In addition, the new regulations require technological support and infrastructure that the city is yet to incorporate into its administrative system. However, with the world that has already adopted the newest and most effective ways to regulate buildings, the Metropolitan setup, and safety of citizens, there has never been a much better time to cross over to 21st century standards and codes.